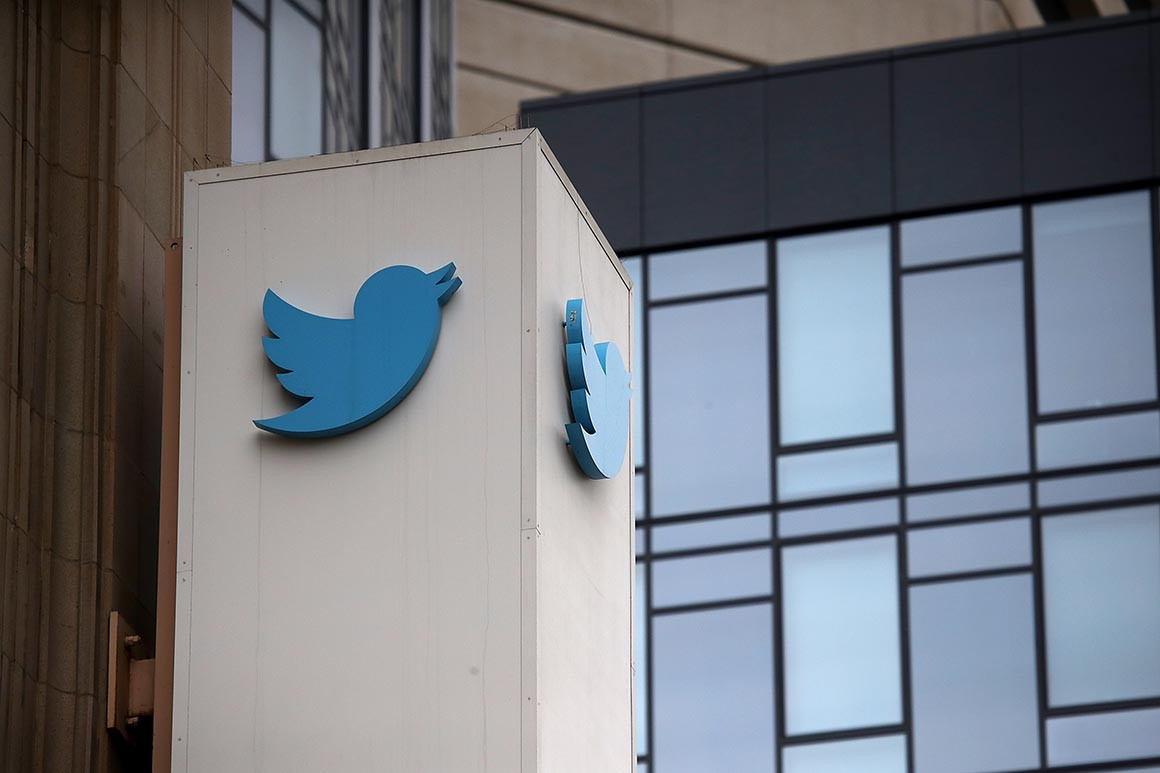 Social media companies, including Twitter, have denied the allegations of bias, though they say they have blocked or removed users who violate community standards policies. | Justin Sullivan/Getty Images

The White House is circulating drafts of a proposed executive order that would address allegations of anti-conservative bias by social media companies, according to a White House official and two other people familiar with the matter — a month after President Donald Trump pledged to explore "all regulatory and legislative solutions" on the issue.

None of the three would describe the contents of the order, which one person cautioned has already taken many different forms and remains in flux. But its existence, and the deliberations surrounding it, are evidence that the administration is taking a serious look at wielding the federal government’s power against Silicon Valley.

“If the internet is going to be presented as this egalitarian platform and most of Twitter is liberal cesspools of venom, then at least the president wants some fairness in the system,” the White House official said. “But look, we also think that social media plays a vital role. They have a vital role and an increasing responsibility to the culture that has helped make them so profitable and so prominent."

Two other people knowledgeable about the discussions also confirmed the existence of the draft order.

None of the three people could say what penalties, if any, the order would envision for companies deemed to be censoring political viewpoints. The order, which deals with other topics besides tech bias, is still in the early drafting stages and is not expected to be issued imminently.

"The President announced at this month’s social media summit that we were going to address this and the administration is exploring all policy solutions," a second White House official said Wednesday when asked about the draft order.

Accusations of anti-conservative bias have become a frequent rallying cry for Trump and his supporters, seizing on incidents in which tech platforms like Facebook, Twitter and Google-owned YouTube have banned people like InfoWars founder and conspiracy theorist Alex Jones or faced accusations of squelching posts by pro-Trump social media personalities Diamond and Silk.

The companies have denied the allegations of bias, though they say they have blocked or removed users who violate community standards policies. They have also faced complaints from liberal activists that they're too slow to remove hate speech, a category that some say includes Trump's own tweets.

The issue took center stage during a White House gathering in July in which Trump railed against censorship in front of a roomful of online conservative activists, and directed his administration to explore all “regulatory and legislative solutions to protect free speech and the free-speech rights of all Americans.” Just this week, Trump warned that he is “watching Google very closely,” citing the case of an engineer who has claimed the company fired him for his conservative views.

But the White House effort may be complicated by skepticism in some agencies involved in the discussions about tech policy. The Republicans at the Federal Communications Commission and Federal Trade Commission have said publicly that they don’t see a role for their agencies in policing companies’ online content. The FCC and FTC have joined the Justice and Commerce departments in discussions about the potential bias crackdown.

“There’s very little in terms of direct regulation the federal government can do without congressional action, and frankly I think that’s a positive thing,” said John Morris, who handled internet policy issues at the Commerce Department’s National Telecommunications and Information Administration before leaving in May.

One potential approach could involve using the government’s leverage over federal contractors, a tactic the Obama administration used to advance LGBT rights. A 2014 executive order prohibited federal contractors from discriminating against workers on the basis of sexual orientation or gender identity.

Trump earlier this year signed an executive order meant to promote free speech on college campuses by requiring schools to agree to promote free inquiry in order to receive federal research funding — something the schools were already supposed to do.

Concerns about harmful content online following last weekend's mass shooting in El Paso, Texas, could become part of the discussion around the draft order on tech bias. The suspected gunman has been linked to a racist manifesto that, shortly before the shooting, appeared on 8chan, a fringe website known as a hotbed of white supremacy. Online screeds tied to two other gunmen in mass shootings in California and New Zealand have also appeared on 8chan.

Trump said Monday that he wants the government to work with social media "to develop tools that can detect mass shooters before they strike,” and the White House has invited internet and technology companies for a discussion on violent online extremism with senior administration officials Friday.

The first White House official said the administration sees no conflict between demanding that online companies allow free speech while expecting them to scrutinize people for signs of violence.

“They have a role, if not a responsibility, to monitor the content on their sites to ensure that people aren’t threatened with violence or worse, and at the same time to provide a platform that protects and cherishes freedom and free speech, but at the same time does not allow it to descend into a platform for hate,” the first White House official said when asked about the draft executive order.

But the federal government’s options on combating online bias are limited by the First Amendment. Another obstacle is a provision of the 1996 Communications Decency Act, which both protects online platforms from liability for content their users post and empowers the companies to remove content without fear of liability. That provision, Section 230, has increasingly come under fire from lawmakers of both parties frustrated with tech companies’ content moderation practices.

The administration could look to NTIA, the branch of the Commerce Department that handles communications policy, but that agency lacks regulatory authority and could simply convene interested parties to explore the issues.

And while the Justice Department has announced a sweeping antitrust review of whether tech giants are harming competition or stifling innovation, antitrust cases have not traditionally been used as tools to address complaints about online speech.

ONE RULE FOR TOMMY ANOTHER RULE FOR…