A shocking video shows a riot cop in Hong Kong shooting a protester in the chest with a live round at point blank range. 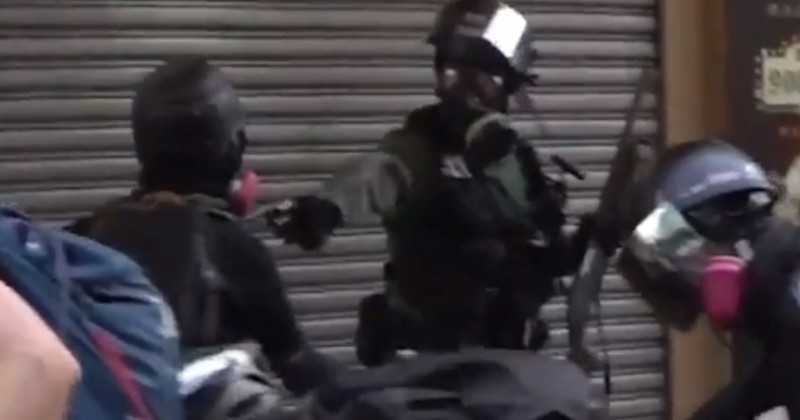 The incident occurred on Hoi Pa Street in Tsuen Wan during demonstrations to coincide with the 70th anniversary of Communist Party rule in China.

The clip shows the protester confront the cop before the officer draws his gun and fires into the protester’s chest.

#Update: Just in - Other shocking video angle footage of when a protestor got shot critically in the chest by a live ammunition round by riot police in #HongKong. In this video you see the pistol being taken out and shot. #China pic.twitter.com/fdenhPeJtP

Another angle of the same incident shows another riot cop apprehend the cop who fired the shot.

Other images show paramedics treating the victim at the scene. It is unknown whether he survived.

According to the South China Morning Post, five live rounds were fired in total during Tuesday’s protests.

As we reported yesterday, China has doubled the number of its troops stationed in Hong Kong as one expert warns that the soldiers could be preparing for a “total breakdown in order.”

Why They are Wrong and President Trump Is Right on Syria