Trump: Democrats Cry Racism Every Time ‘They Are Down or Run Out of Facts’ (EPOCH Times) 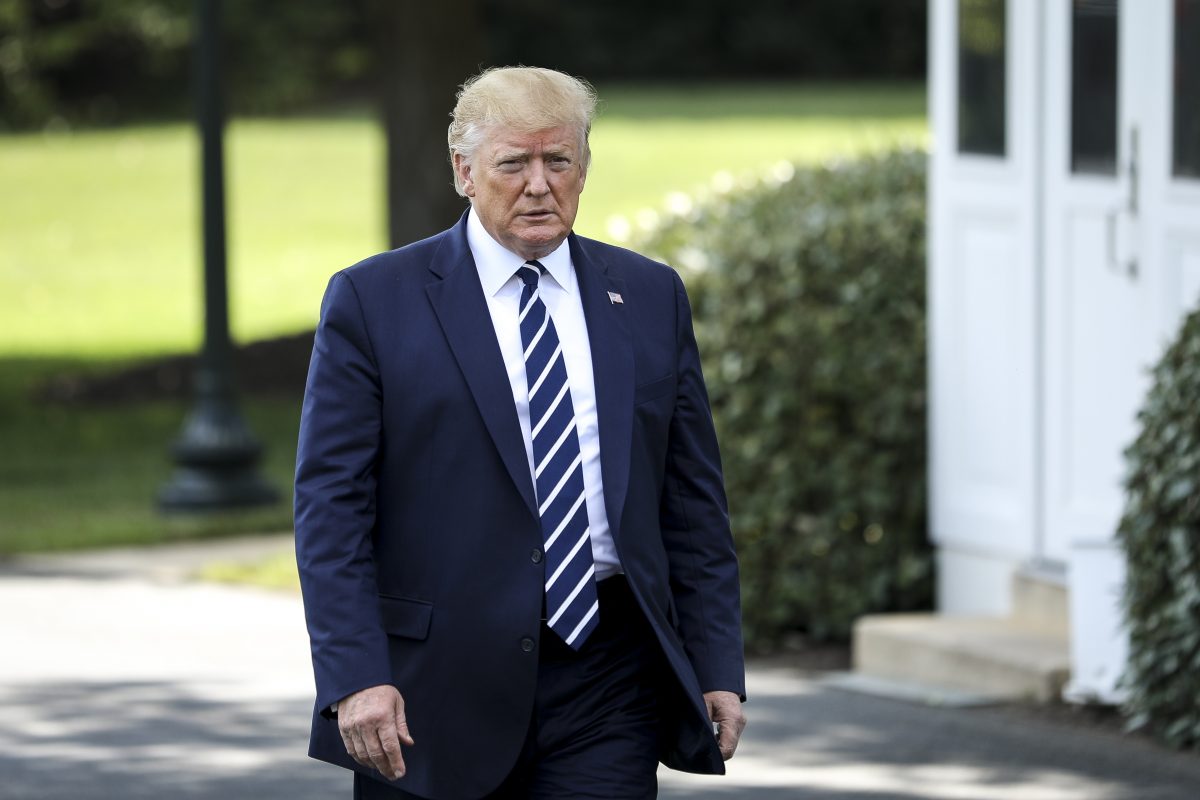 “The Dems new weapon is actually their old weapon, one which they never cease to use when they are down, or run out of facts, RACISM!” he wrote on Twitter. “They are truly disgusting!”

The Dems new weapon is actually their old weapon, one which they never cease to use when they are down, or run out of facts, RACISM! They are truly disgusting! They even used it on Nancy Pelosi. I will be putting out a list of all people who have been so (ridiculously) accused!

The number of mainstream Democrats calling Trump a racist or a white supremacist has risen again following the mass shootings over the weekend.

In a manifesto that police said was likely written by the El Paso shooter, the writer said the shooting was a response to the “invasion” of Texas by Hispanics. The writer also espoused leftist ideas, such as universal income, and explicitly stated his opinions predated Trump.

But Democrats seized on how the Trump campaign has also described the flood of mostly male, military-age migrants into the country as “an invasion,” and tried to blame Trump for the shooting.

Former vice president Joe Biden said in a speech on Wednesday that Trump “has fanned the flames of white supremacy in this nation” while former Rep. Beto O’Rourke told CNN that Trump is a white nationalist.

Sen. Elizabeth Warren (D-Mass.) said Trump was a white supremacist when asked by a New York Times reporter. Warren hasn’t commented on how the alleged Dayton, Ohio, shooter supported her bid for president.

“He’s done the wink and a nod,” she told the Times. “He has talked about white supremacists as fine people. He’s done everything he can to stir up racial conflict and hatred in this country.”

Warren was referring to comments made following the Aug. 12, 2017, clashes in Charlottesville, Virginia, between a number of groups protesting the removal of a statue of former Confederate Gen. Robert E. Lee, including white nationalists, and groups supporting the statue’s removal, including the far-left extremist group Antifa. The clashes resulted in the death of a protester after a neo-Nazi drove his car into the group.

While Trump condemned both sides for the violence, specifically condemning white nationalism, he also said that there “some very fine people on both sides,” which many media outlets and politicians used to claim Trump was fueling white supremacy.

Trump said he plans to release a list of people accused of being racist.

“I will be putting out a list of all people who have been so (ridiculously) accused!” he said.

The president earlier on Wednesday noted that the alleged Dayton shooter was a self-described socialist and “leftist” who supported Antifa in addition to Warren and Sen. Bernie Sanders (I-Vt.).

Trump quoted a One America News segment on Aug. 7, on Twitter: “‘Meanwhile, the Dayton, Ohio, shooter had a history of supporting political figures like Bernie Sanders, Elizabeth Warren, and ANTIFA.’ @OANN I hope other news outlets will report this as opposed to Fake News. Thank you!” he wrote.

He later commented on the issue while speaking to reporters outside the White House.

“If you look at Dayton, that was the person that supported, I guess you would say, Bernie Sanders I understood, Antifa, I understand, Elizabeth Warren, I understood. It had nothing to do with President Trump,” he said.

Trump then said he doesn’t blame anyone but the shooters for the shootings.

“I don’t blame Elizabeth Warren, I don’t blame Bernie Sanders, in the case of Ohio—I don’t blame anybody,” he said. “These are sick people, these are really people who are mentally ill, who are disturbed. It’s a mental problem.”

Ocasio-Cortez Distances Herself From Former Chief Of Staff...

Thai police are hunting a masked gunman who killed three people, including a two-year-old...

Lake effect snow: Here's how it impacts the Great Lakes

When cold winds blow across the Great Lakes, residents are often subject to the...

Well, these two waitresses are going to have a very merry Christmas.

The bet paid off.

Sleeping Bear Dunes National Lakeshore is one of the Midwest’s most delightful surprises.

Soros gives $1bn to fund universities 'and stop drift towards...

Philanthropist unveils plan for global network of institutions at Davos and attacks...

A&W Canada Offering Mama Burgers For $2.50 Each For A Limited...

A&W Canada is running a new promotion where anyone can get a Mama Burger for $2.50...