(San Francisco) A Google insider who anonymously leaked internal documents to Project Veritas made the decision to go public in an on-the-record video interview. The insider, Zachary Vorhies, decided to go public after receiving a letter from Google, and after he says Google allegedly called the police to perform a “wellness check” on him. 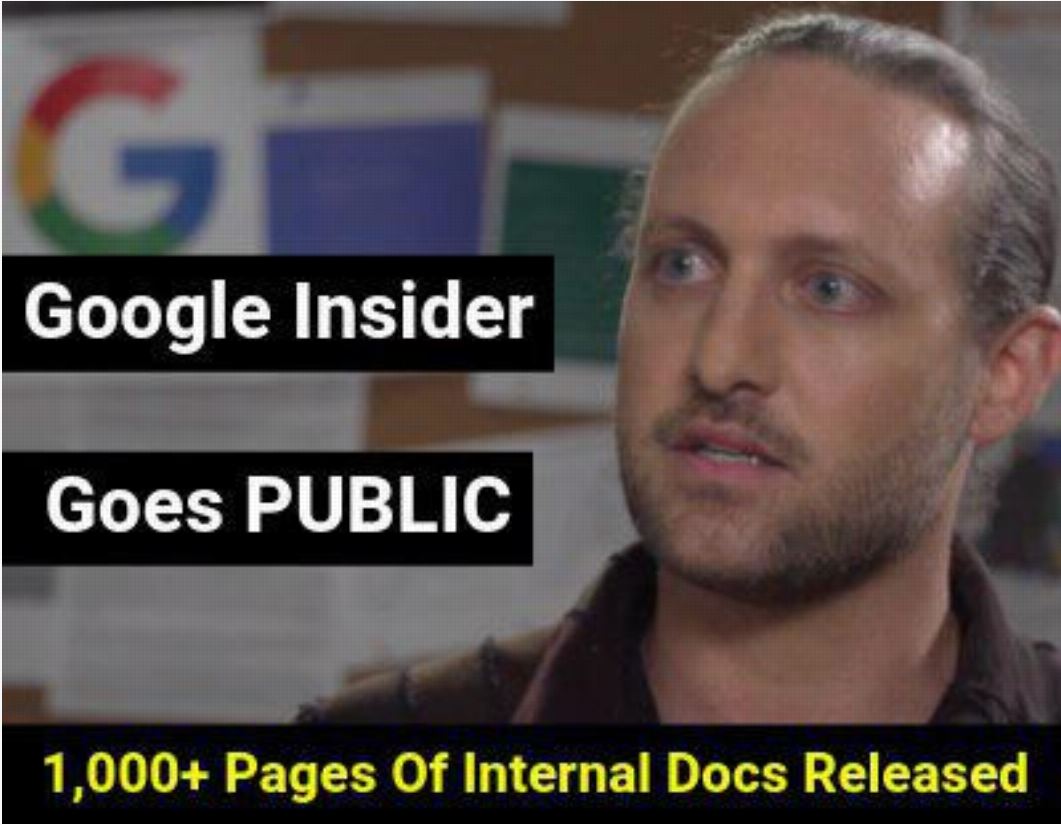 Along with the interview, Vorhies asked Project Veritas to publish more of the internal Google documents he had previously leaked. Said Vorhies:

“I gave the documents to Project Veritas, I had been collecting the documents for over a year. And the reason why I collected these documents was because I saw something dark and nefarious going on with the company and I realized that there were going to not only tamper with the elections, but use that tampering with the elections to essentially overthrow the United States.”

(Do you work in Big Tech? Project Veritas would love to hear from you.)

“These documents were available to every single employee within the company that was full-time. And so as a fulltime employee at the company, I just searched for some keywords and these documents started to pop up. And so once I started finding one document and started finding keywords for other documents and I would enter that in and continue this cycle until I had a treasure trove and archive of documents that clearly spelled out the system, what they’re attempting to do in very clear language.”

Vorhies walks towards police with phone in hand.

Shortly after the report including the “algorithmic unfairness” documents was published, Vorhies received a letter from Google containing several “demands.” Vorhies told Project Veritas that he complied with Google’s demands, which included a request for any internal Google documents he may have personally retained. Vorhies also said he sent those documents to the Department of Justice Antitrust Division.

(Project Veritas is hiring. If you want to become an undercover journalist, apply here!)

After having been identified by an anonymous account (which Vorhies believes belongs to a Google employee,) on social media as a “leaker,” Vorhies was approached by law enforcement at his residence in California. According to Vorhies, San Francisco police received a call from Google which prompted a “wellness check.”

Project Veritas has released hundreds of internal Google documents leaked by Vorhies. Among those documents is a file called “news black list site for google now.” The document, according to Vorhies, is a “black list,” which restricts certain websites from appearing on news feeds for an Android Google product. The list includes conservative and progressive websites, such as newsbusters.org and mediamatters.org. The document says that some sites are listed with or because of a “high user block rate.”

“You’re going to be a hero”

“My message to those that are on the fence is I released the documents. They can go in, they can see everything that Google is doing and then they can see the scale of it. Because I think that there’s a lot of engineers that have a hint that things are wrong, but they don’t understand the colossal scale that it’s at. And so for those people, I say, look at the documents, take the pulse of America, see what’s happening and come and tell the world you know what you already know to be true.”

Project Veritas requested comment from Google on this story but did not receive a response at the time of this publication.

Below is an index of internal Google documents Project Veritas received from the Google insider. Each folder can be downloaded by clicking on the links in the table. Project Veritas has not re-named any of the files, but did arrange the documents into the downloadable folders below.

Stocks fall more than 600 points as a trade war and a sputtering global economy...

NEW: Ilhan Omar Calls for the Protection of a Notorious...

Tommy Robinson found Guilty on all 3 charges at the Old...

Tommy Robinson on trial: “The freedom of every journalist...

Colton Haynes reflects on dark days of addiction in candid...

Colton Haynes has shared a handful of throwback photos from when he hit rock bottom...

The body of 6-year-old Willa Rawlings – who, along with two other children, was...

Transport stoppages to run into weekend amid protests against planned pension changesFrance...

'Death of a river': the ruinous design flaw in a vast Amazon...

From well-rehearsed zingers to off-the-cuff comebacks, the debate answers that provoked...

Netflix Expands Into a World Full of Censors

The streaming giant is having to navigate different political and moral landscapes,...

“Saint Jerome Praying in the Wilderness” at the Met Museum is a masterpiece in progress...

House Speaker Nancy Pelosi (D-CA) attempted to draw the distinction during a press...