California Governor Gavin Newsom told world leaders at the United Nations on Monday that he felt “humiliated” by the U.S. position on climate change — though policies President Donald Trump supports have lowered emissions. 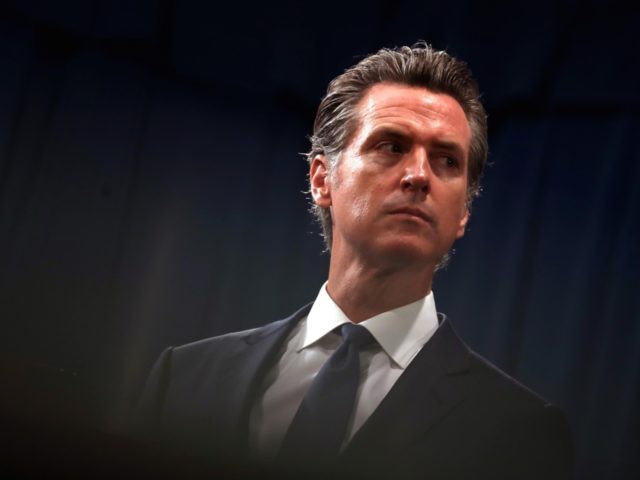 The U.S. is one of the only countries to have reduced greenhouse gas emissions while growing its economy, thanks to a switch to natural gas that has been facilitated by hydraulic fracturing (“fracking”) technology that the global left opposes bitterly. The Obama administration did not ban fracking but attempted to slow oil and gas exploration and development on federal lands — a policy that Trump has reversed.

Though U.S. emissions have risen lately — thanks largely to a roaring economy — over the past two decades, the U.S. has reduced its emissions, while most of the rest of the signatories to the Paris Climate Accords (which Trump left in 2017) have pumped more into the atmosphere.

Newsroom’s own state has a cap-and-trade policy that sets a maximum limit for emissions and issues permits to companies to produce greenhouse gases; the permits may then be traded. Theoretically, cap-and-trade is a market mechanism that rewards the most efficient producers. In practice, emissions permits act as a subsidy creating rent-seeking opportunities for politically-connected companies while having almost no effect on global temperature.

California is also struggling with more mundane environmental problems that its liberal policies have created. A Wall Street Journal editorial Tuesday notes that Newsom’s home town of San Francisco — which he led as mayor —  bans plastic straws but has allowed an explosion in the population of homeless people, who produce human waste on the sidewalks and routinely dump hypodermic needles out to sea, untreated, through the city’s sewer system.

President Trump made a surprise visit Monday to the UN climate meeting, earning icy stares from teenage climate activist Greta Thunberg (whom he later mocked) and criticism from Newsom for his administration’s policies.

“I don’t know what the hell happened to this country that we have a president that we do today on this issue,” Newsom said, trashing his country to the applause of an international audience, the Los Angeles Times noted. He added: “Because it’s a damn shame. It really is. I’m not a little embarrassed about it — I’m absolutely humiliated by what’s going on.”

Newsom’s predecessor, Jerry Brown, was a regular attendee at international climate change events, jetting around the world to warn about using fossil fuels and signing compacts with other regional leaders.

Joel B. Pollak is Senior Editor-at-Large at Breitbart News. He earned an A.B. in Social Studies and Environmental Science and Public Policy from Harvard College, and a J.D. from Harvard Law School. He is a winner of the 2018 Robert Novak Journalism Alumni Fellowship. He is also the co-author of How Trump Won: The Inside Story of a Revolution, which is available from Regnery. Follow him on Twitter at @joelpollak.

Facebook Has SUSPENDED Me For Reporting on CIA Whistleblower...

Video of alleged Chinese spy intimidating students at a...