Delingpole: Greta Thunberg – Patron Saint of the Age of Stupidity

St Greta of Thunberg has made it into the cover of GQ and is now on her way across the Atlantic in a $4 million yacht to lecture Americans about climate change. 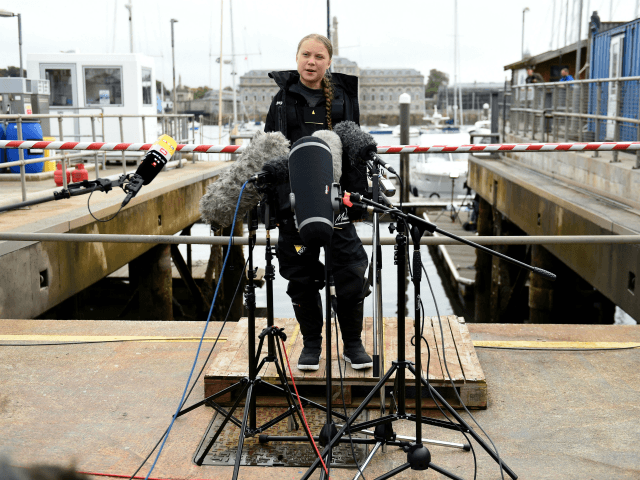 Could there be anything more emblematic of the stupidity of our age?

My first question would be: what is a 16-year old autistic school drop-out who has done nothing of note in her life other regurgitate climate propaganda doing on the cover of a men’s magazine?

Call me naive but I thought the point of men’s magazines was to write about stuff that men might find interesting: dodging snipers’ bullets in war zones; free-diving with great white sharks; playing Scrabble with the Medellin cartel; where to track down the coolest leather jacket under £1,000; strafing a remote baboon colony in a Mig-25 Foxbat; the quest for the world’s purest MDMA.

Sure, girls have a place in this universe: as decoration and objects of lust. But spooky Greta with her pigtails and thousand-yard stare of disapproval is not only far too young to qualify for that status but far too earnest and grim.

And boring. What kind of man would be remotely interested in buying a mag whose main feature entailed a finger-wagging lecture (one we’ve all heard a gazillion times before) about how, like, totally endangered the planet is and how totally it’s all our fault and how we’ve got to abandon all the things we hold dear — meat; air travel; fast cars; designer threads — in order to stop all the baby polar bears melting?

The young climate activist Greta Thunberg set sail from England in a $4.8 million racing yacht to attend a climate conference in New York.

A lecture, furthermore, from a child who hasn’t finished her schooling, whose frontal lobes haven’t formed, who has no sense of humour, whose every utterance is the second-hand opinion of alarmist grown-ups whose doomsday claims she is completely unequipped to assess?

No kind of man that I know of, that’s for sure. Unless you count tofu-eating, milquetoast, pantywaist, beta, snowflake, self-flagellating, Mom’s-basement-dwelling, environmental science graduates as men.

Which I’m not sure I do — and  they probably wouldn’t identify as men, anyway, so I don’t think I’m being judgemental here. I’d hate to be judgemental because that would be wrong.

But my second and more important question would be: why are so many adults who really should know better by dint of their age and experience hurrying to prostrate themselves before this pigtailed school drop out as if she were the new Messiah?

It’s not merely weird. It’s a form of mass hysteria — with potentially hugely dangerous consequences for the planet because, bizarre though it may seem, lots of adults in positions of power and influence seem determined to use St Greta of Thunberg’s vacuous sloganeering as justification for dismantling Western Industrial Civilisation.

Here, for example, is the former editor of the Guardian, and now, unfortunately, the head of an Oxford college, deploying his prestige to pour lofty scorn on those who dare take St Greta’s name in vain.

Don’t think it’s a great look for the middle aged to mock or denigrate the young over something this serious. Especially if you’ve written almost nothing about the crisis yourself https://twitter.com/toadmeister/status/1161990788806582275 …

Replying to @toadmeister and 2 others

I’m not a complete climate change sceptic, but do think climate change zealots often overstate their case, going far beyond the science, for moralistic reasons.

141 people are talking about this

To appreciate just how irrational it all is, consider, by way of a thought experiment, if a 16-year-old autistic kid with pigtails just as fetching as St Greta’s were to organise a global school walkout in protest at mass immigration; or the oppression of women in the Middle East; or the destruction of rainforest to grow palm oil to make biofuels; or the devastation caused by wind energy to birds and bats; or China’s abuse of Hong Kong.

How many politicians do you think would be giving that child an audience? How many millionaire yacht owners would be offering her free trips across the Atlantic? How many newspapers and TV channels would be giving her coverage of any kind?

The answer is none.

That’s because unlike the fake cause being championed by St Greta, those problems are serious and real and intractable and contentious and not easily soluble by sound bites and vacuous, virtue-signalling gestures.

So any child — pigtailed or otherwise — who protested against these problems would quickly be crushed by the system. They would be told by their teachers — quite rightly, I think — that these were matters for grown-ups and politicians, not schoolchildren.

And if, despite everything, this imaginary 16-year-old pig-tailed child did manage to orchestrate a global protest about wind farms or China or palm oils or the burka or whatever, she most certainly wouldn’t find herself celebrated on the cover of GQ.

Nor, I fear, would she get much fire-support from the wankerati on social media.

But such is St Greta’s protected status at the moment that if you criticise her or make jokes about her, as the Brexit-supporting millionaire Arron Banks did recently on Twitter, you get reported to authorities. It even becomes a bona fide news story. (Or the BBC thinks it does…)

5,885 people are talking about this

252 people are talking about this

For children’s author Philip Pullman, Greta is beyond stunning and brave

Hi Greta, I’ve just booked some long haul flights for my family to enjoy some winter sun on the beach this Christmas.

Level of guilt being felt: 0% 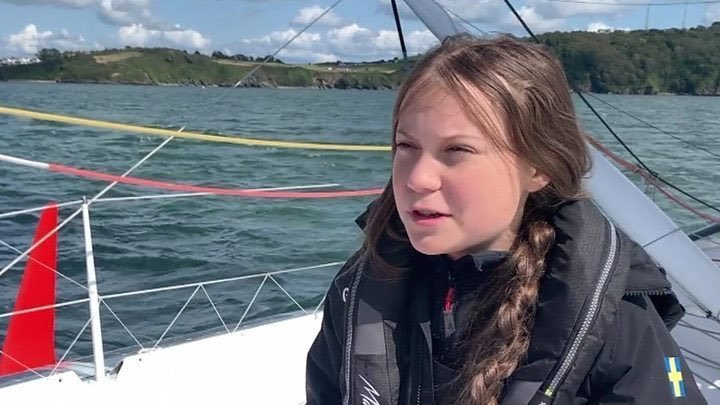 You have never done, and will never do in all your life, anything one-hundredth as valuable and important as Greta Thunberg has done already.

1,868 people are talking about this

For heiress’s husband and woke historian Dan Snow, she is almost literally like a cross between Alexander the Great, Joan of Arc, and the young Henry V. Imagine! Dan doesn’t need to: he’s on it!

At around Greta's age Alexander was subduing Thrace and crushing the Illyrians. Joan scattered the English at Orleans. Prince Hal hunted Glyndwr across Wales.

It's our aged society that is unusual. Not Greta.

1,784 people are talking about this

Here is Amanda Abbington — a mummer, one gathers.

If you are a grown up, fully-fledged adult and you are mocking this young girl for trying to save the planet then I genuinely feel sorry for you. I also think you are incredibly cruel, vicious and ignorant. 21.1K people are talking about this

As you see, the wankerati have completely lost the plot over St Greta. And maybe if no one listened to them, it wouldn’t matter. But a lot of impressionable people take what these influencers say seriously. Which is a bit of a worry when you stop to think about what it is that St Greta of Thunberg actually represents.

Here is one of her puppet masters — Ingmar Rentzhog, the Swedish “entrepreneur” behind the tech start-up which has been exploiting Greta’s fresh-faced innocence to push his green agenda.

What motto does We Don’t Have Time live by? What is its long-term objective?

Our name – We Don’t Have Time – is our motto. We also have a manifesto on our website that basically states that climate change is an on-going catastrophe and that we need to act now. We all need to step up and come together.

The political and economic elites are clearly not taking climate change and the threat against our ecosystems seriously enough, or we wouldn’t be where we are today. We can’t trust that political leaders, government officials and financial stakeholders will do enough by themselves – the challenge is too great, the issue too important, the catastrophe too imminent. We believe that real change will only come if a movement of ordinary citizens from all over the world demands change. We must push them, ourselves, and our peers, to do much more, and faster. By building the world’s largest social media platform focused on climate change, you, me, my friends, your friends, our families, all and everyone – can be the change by the power of many.

If this doesn’t terrify you, it should. Not only is the environmental movement getting more radical — see, for example, Thunberg’s friends at Extinction Rebellion — but it also seems to be picking up more public support, in Europe at least, if not the U.S.

Here, though, are a few things we know:

Yet none of these serious objections to the kind of drastic climate action that St Greta of Thunberg’s controllers are advocating ever gets a look-in. Instead, when people like me try to raise them we are dismissed as deniers in the pay of Big Oil (I wish!) or we are accused of being heartless and vindictive for picking on a 16-year-old autistic kid.

Well I’m sorry, but “Let’s bomb Western Industrial Civilisation back to the Dark Ages because a 16-year-old climate activist with cute pigtails made the cover of GQ and is now travelling across the Atlantic on an expensive sailing boat” is not an argument. Really it isn’t. And the gullible grown-ups who think otherwise should be ashamed of themselves.

The real angel of the north: The abuse of young girls by...