A group of banks has turned over documents on Russians who may have done business with President Donald Trump following a request from Congress, a Thursday report states. 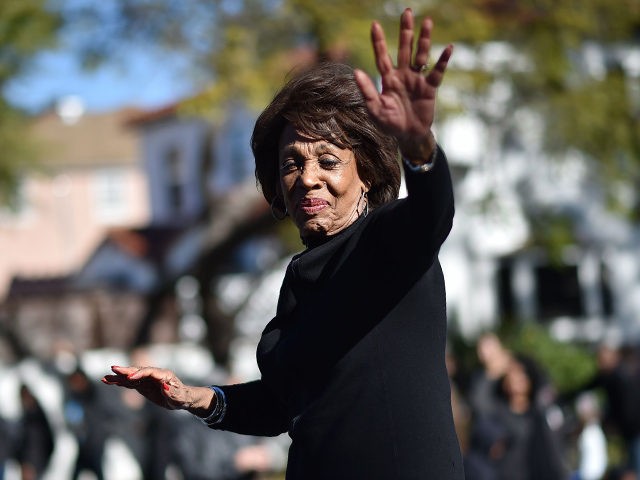 According to the Wall Street Journal, Bank of America, JPMorgan Chase, Wells Fargo, and Deutsche Bank gave lawmakers thousands of documents as part of a joint investigation by the House Financial Services and Intelligence Committees into possible foreign influence over President Trump and members of his family. The former committee is chaired by none other than impeachment crusaders Rep. Maxine Waters (D-CA). These financial institutions are expected to transfer more documents to congressional investigators in the coming weeks, the Journal said.

Lawmakers issued subpoenas for the information in April.

“Separately, Deutsche Bank, Mr. Trump’s primary bank, has turned over emails, loan agreements and other documents related to the Trump Organization to the office of New York Attorney General Letitia James, in response to a civil subpoena sent earlier this year, according to people familiar with the New York investigation,” the newspaper reports.

In April, President Trump, his three oldest children, and the Trump Organization sued Deutsche Bank and Capital One to prevent them from handing over their financial records to Congress. The president and his former real estate company also filed a lawsuit to block a subpoena from the House Oversight Committee seeking financial documents from Mazars, an accounting firm.

The lawsuit, which was filed July 23rd in Washington against the House panel, New York State Attorney General Letitia James, and New York State Department of Taxation and Finance commissioner Michael Schmidt, seeks an injunction to block a new state law. The law would allow the Democrat-controlled House and Ways Means Committee to obtain the president’s tax returns.

“Once it became clear that Treasury would not divulge the President’s federal tax returns, New York passed a law allowing the Committee to get his state returns,” reads the court filing. “That hyper-specific condition was, not coincidentally, already satisfied for the intended target of the Act: President Trump.”

The committee sued the Treasury Department and IRS officials in an attempt to enforce a law that allows its chairman, Rep. Richard Neal (D-MA), to obtain any taxpayer’s returns.

MSNBC Pushes INSANE Conspiracy About Trump, We Are Falling Into Mass Hysteria

The Truth About GUN VIOLENCE by the Numbers